Mighty Mites is committed to providing coaches with the necessary training and tools to promote and support the Mighty Mites mission.  We encourage all coaches to become members of USA Football, which has a wealth of coaching resources and tips.

Click here for a printable / PDF version of the below information along with the offensive and general rules.

1) Any defensive formation is allowed, subject to the following rules:

a. No more than six players are allowed on the line of scrimmage.

b. Linebackers, safeties, cornerbacks must be at least 3 yards from the line of scrimmage and are not allowed to blitz, or charge the offensive line, until the center has snapped the football.

c. Motion or movement in any direction, by any defensive backfield player of more than one step, is not allowed until the center has snapped the football. No defensive shifts are allowed

e. All interior defensive linemen must be in a three or four point stance, or hands on their knees (two point stance). This does not include defensive ends.

2) Example formations are below. These are suggested examples and not required. 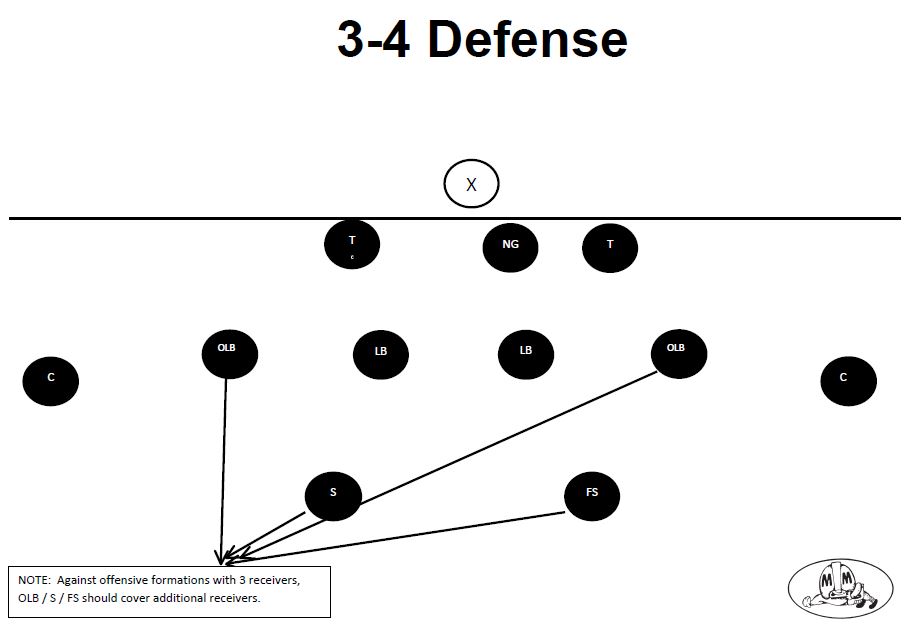 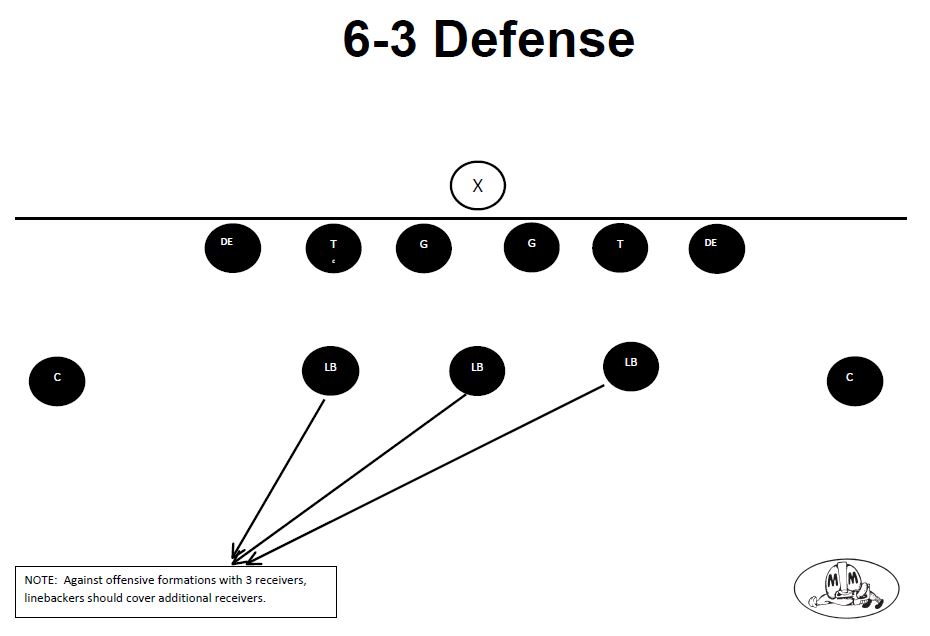